I am lucky that even with living in a fairly rural area of New England, we have a good variety of venues which attract some great shows. On November 29, 2012, the Bellows Falls Opera House in Vermont hosted a Christmas show by Natalie MacMaster. Accompanied by a fine 4 piece band, and several of her 5 children, we were treated to a rousing concert of both Christmas tunes and traditional pieces. Natalie can fiddle, and step dance, and fiddle AND step dance without dropping a note. And her kids are, not surprisingly, enormously talented as well as being completely adorable. At the start of the second set, she was also joined by a children’s choir from nearby Kurn Hattin. They performed a medley of Christmas songs with a little fiddle accompaniment, and they were delightful.

Notable discovery from the band was her cellist, Nathaniel Smith. The lad is only 18 and has already been playing in Natalie’s band for 5 years. He’s amazing, and one would never guess his age from his stage presence and skill. He is going to be one to watch!

I had last and only seen Natalie at the Newport Folk Festival in 2000 so it was an extra treat to see her now. Hope it’s not another dozen years before seeing her play again!

Don’t have a lot more to add about this show, so let’s just get on to the photos! 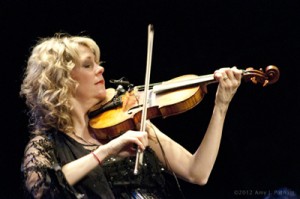